He Says – We Have Our Own Sales Practices 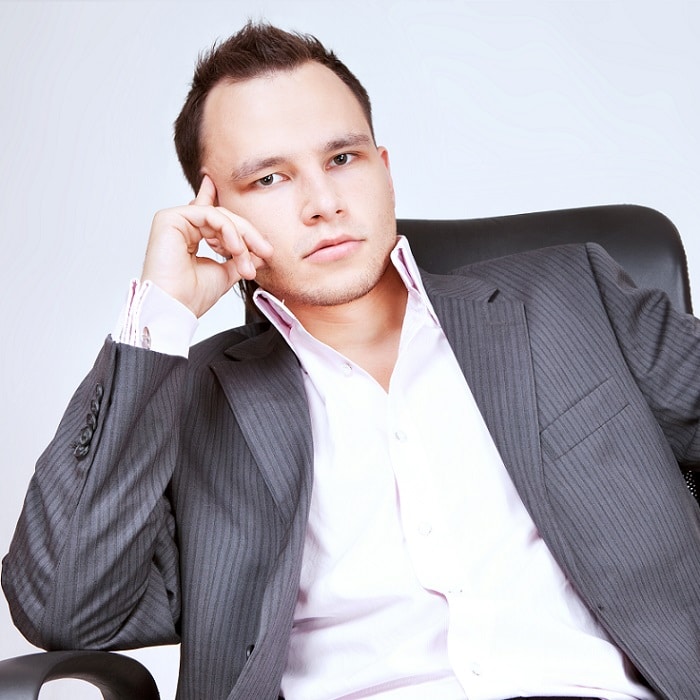 When a company decided to expand off-shore, they were confident it had a unique product to take to the world. Five years later, the story had changed significantly, and the truth was a long way behind those early beliefs.

When you first come across the business, it seems to be a successful business with a good image in the market. The product is good from a selling perspective and has a strong story to take to market. It has sufficient sales in the market for credibility, and those sales were across a large geographical area. It looked like a winning formula.

In 2006 the company promoted its product as unique, with only one minor competitor in the USA. They believed the world was their oyster and rapid growth was imminent. They decided the focus of all sales efforts would be primarily the USA and embarked on hiring distributors and salespeople to take their products to the world.

The company mantra was about doing things their own way, which they believed created their point of difference in the market. They created business practices and sales practices that were considered ‘the company way’, and people were required to follow those practices religiously.

The business was growing in the top line. However, the profit did not follow. The alert went out when the sale of products had started to decline, and forecasts were well out of the realities of what was being signed. By 2011, the world had changed, but the company had been more affected than most. They no longer focused on the USA and had now moved their emphasis to the Middle East and North Africa. The shift was not due to the financial crises, as they had left the market before the crises took hold. They exited due to strong competition in the USA that no one had predicted. Their sales efforts were unable to penetrate the market, and competitors were uncovered in each of their primary sales locations.

The first phase of the analysis was to gain an understanding of why they had made such a significant shift in their business strategy and the decisions behind the regional locations of each of the salespeople. Immediately the most concerning point was the lack of documented strategy and market intelligence that should have been utilised in relation to expansion and destinations. The justification for this being business was entrepreneurial, so, therefore, did not need a documented strategy; that was their own way of doing things. The business was rapidly growing, so the strategy would be out of date by the time it was finished.

On further review, it became apparent that the expansion was based on following enquiries from various international trade shows, and when a sale was imminent or made, they set up business in that location, believing it was a sign of things to follow. That was considered entrepreneurial and focused on opportunities by the company.

Although this may seem unusual to some executives reading this, it is often seen in businesses where the most fundamental business practices are pushed aside.

The next phase of the review was the sales force. They were technical people that had good communication skills in their country of origin. They had some sales experience but little formal training with external providers. Those people had good backgrounds with the company and therefore were trusted and seen as an ideal candidate to be placed in foreign countries. It was a great opportunity for them within an entrepreneurial spirit and do things their own way. There were no set sales practices or proven methods that they operated with to maximise opportunities.

The salespeople received no cultural training for foreign lands, language training, market intelligence, or even localised sales training to support their efforts, nor did they have secondary languages suitable to their markets. They reminded us very much of outposts in a new frontier where a person travelled with hopes and dreams on their shoulders to faraway places. Again it was considered their own way of doing things. Each of the salespeople reported their frustration with their assignment and the on-ground challenges they faced.

On review of the background of developing the sales team and how it operated, there did not seem to be any one process being applied but rather a series of patches of different ideas and methodologies. They had selected all the pieces that they liked from various people’s previous experiences and created their own company way of doing things. This included everything from sales reporting to sales training, software, and even their sales contracts. If you made a list of things they had in place, it would seem on the surface that all was fine and they had all the instruments that were required to run an effective sales force.

On peeling back each point, it was clear that they lacked the depth required, and there were many gaps in the processes being applied. The software had been customised in such a way that it did not link to their designated selling practices and served only one portion of the business and not the entire sales force. Instead of engaging professionals to make the adjustments, they hired their own personnel that had technical skills but not expert knowledge of sales forces.

The deeper the investigation went into their systems and processes the more disjointed and incomplete each component was. This was becoming very evident as to where some of the lack of productivity and effectiveness was being cultivated from.

A major area of concern was the sales pipeline report which was an integral part of board reporting. The pipeline software was poorly designed to the point that sales reports contained forecasts of revenue for customers that had not even progressed in the sales process, some that had ceased communication for over twelve months and, more importantly, most had never had a needs analysis completed, so no-one really knew their potential spend but had been encouraged to put a figure beside it on the pipeline. This was a serious issue that needed to be addressed quickly. On closer inspection, the management of the software content was also well below minimum requirements, and engagement from personnel was spasmodic.

As the investigation went even deeper, we uncovered serious issues in relation to human capital allocation and the use of resources. On analysis of the team, their output should have been in excess of $120m in revenue; however, they were producing just $42m in revenue. Their profit was being severely eroded by the excessive costs, low productivity and lack of sales practices.

The figure of $42m was seen as growth based on where they had come from, but the results were poor based on what revenues should have been achieved if the human resources and sales model was correctly aligned and managed.

Their issues were not just one point or two points, it was deeply entrenched in the sales organisation and culture of the company. The model they had elected to develop as ‘their way’ was capping the business’s growth potential. Although it conceptually seemed right, and with a typical review would have been reported to just need some minor adjustment. The fact was that it required deep transformations to be completed to ensure the business was profitable and sustainable in the future.

This business is not isolated in how it operates, and often we see this in companies that have not engaged the right people to develop their sales organisation over time. Unlike, say, the financial area of the business where strict and standardised processes occur due to formal education, often the sales area has a degree of ambiguity or greyness that exposes it to having a lack of depth that can drive sales growth through changing markets. The business may be delivering results but nowhere near the level of output that could and should be expected.

Top-performing companies analyse their businesses at various stages of growth to ensure they are focused on the right growth drivers, profit contributors, and performance standards. They step back and take a broader look at the sales organisation rather than just focusing on popular quick fixes or simple changes. That is why they are the market leaders and deliver the highest profits to stakeholders.

If it has been some time since your sales organisation has been reviewed, we can assist you in validating current sales practices and identifying improvements that will support driving growth.

To discuss your specific business requirements, please contact our office.

If you found this article helpful, follow us on LinkedIn or subscribe to Our Insights on the right-hand column of this page, to make sure you don’t miss new posts.

About the Author: Adele Crane

A leader in Implementation Consulting.
CEOs and Managing Directors have relied on Adele Crane to solve challenges with the performance of their sales and marketing since 1990. Her consulting experience in delivering results in 90-120 days is unprecedented by any other known sales and marketing consulting professional in the world. As an author of 3 acclaimed books, appearances on major media, and publications in USA, NZ and Australia, Adele’s experience brings fresh thinking and contemporary practices to business.