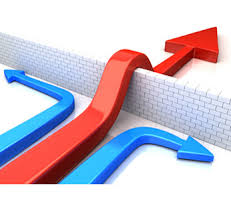 Sales management must adapt to the new markets and embrace other views for growth achievement.

The markets are changing, and the game is changing for companies and their sales management. The tell-tale signs are no longer subtle as companies face growth caps or decaying markets whilst others prosper. Some managers are in industries that have been strong for many years but now the experience is much different.

I was sitting in a meeting with the CEO and his executive team to discuss the immediate challenges they were experiencing. Their business had hit a wall and was no longer growing. Their profitability was diminishing along with customer loyalty seemingly falling away too. The CEO was concerned whether this was a sign of even worse things to come.

At this point, sales management was excluded from the conversation as the team brought me up to speed with some background information that they deemed relevant to the current challenges.

Firstly, the sales manager had been with the company for some time, firstly as a top seller for them and then promoted about two years ago to the national sales manager role. There had been a small amount of churn in the sales team, but nothing that alarmed them. The team had strong product knowledge and provided excellent customer management. On enquiring about their products, I was told they were good, if not market-leading products, and recently a new product was released that was well accepted into the market.

From what they outlined all was good within the business so the next question I had was “what are your competitors doing?” They advised the competitors were still growing and there were no signs of over-aggressive pricing or game-changers in the market.

After further discussion, the best course of action was to go and have a talk with the sales manager and get his perspective on what was happening. The sales manager of the business had developed over time from different people contributing skills through hiring. It was fragmented but typical of what you find in companies that evolve their sales management practices. On being introduced to Rohan, he was a likable type of person and a well-groomed corporate player. As we started to talk it was apparent that he was a roll up your sleeves type of person and preferred to be out from behind the desk. The discussion was showing he was a good seller and could add value to his team’s skill set.

Rohan described how they were getting knocked around in the market and went through a series of approaches he had used in an attempt to off-set the problems.

1.            His first line of defense was to spend time coaching the worst performers. If he could raise their performance then that would definitely lift the top line.

2.            Rohan’s second line of defence was to instigate a new business drive. To make sure that every team member made new business calls and spend time finding opportunities.

3.            The next defence action was to not waste time on getting the top players to use the CRM and follow sales processes. He felt that since he had been pushing that approach, their sales had diminished. They knew how to sell and he had to just leave them to it. Just like he used to do when he was in sales.

4.            The defence that followed was a two-day training session that would brush up their skills and really set them going again. It was a big effort to bring everyone together but that would motivate them and give them some fresh ideas.

5.            Finally, the last defence was for him to be out helping close deals. Working on the bigger deals and the more difficult ones to make sure they come over the line.

The CEO was impressed with the action he was taking and it was things they had done in the past and it had worked.

The challenge here is that sales management had not identified the real problems and was taking a blanket approach to the problem hoping to suffocate the problem and the business would move forward.

To break through a growth ceiling requires more than the type of actions that have been set down here by Rohan. You need to know precisely what actions to take as both a company and as individual team members to make it work.

The underlying problem starts with whether the sales implementation plan is really aligned with the outputs required by the company. Are the results a reflection of the team going in the wrong direction? The next consideration is what new business is required and what is the most effective way of generating high-quality leads for the business? Salespeople prospecting is not always the answer in today’s market. You need then to consider is the sales process being applied by the team. Is it the right process for today’s market? How consistently is it being applied? You then need to look through culture, compensation, and a myriad of other contributors to poor sales results. Sometimes this also means that other parts of the company are contributing to the problem unknowingly.

Careful diagnosis so the right actions are being taken is critical. Companies lose unnecessary momentum attempting to fix the wrong problems. They treat the effect rather than the cause. The only way the right actions can be ascertained is through thorough analysis and scrutiny of the gap between strategy and implementation. There are over 150 points of evaluation for most companies, and if done correctly and when sequenced into the right order, the growth cap is lifted.

Rohan, although reluctant initially, worked with us through a Sales Improvement Review. He learned new diagnostic skills that he could continue to apply through the process. Importantly with all the findings in hand, Rohan was able to turn his sales organisation around and remove the growth cap. He correctly prioritised his actions, realigned how the team operated and removed the barriers that were blocking growth.

Sales management often find it difficult to seek outside assistance as it was for many years seen as a weakness. Today, more than ever, it is seen as management excellence. Seeking knowledge and improvement to grow the company and improve their personal skills and development.  If you are a sales manager and recognise you are having challenges in lifting the growth cap, Adele Crane can assist you in identifying how to move forward immediately.

For more information about our services and to discuss your specific business requirements, please contact our office.

If you found this article helpful, follow us on LinkedIn or subscribe to Our Insights on the right-hand column of this page, to make sure you don’t miss new posts.

You may also be interested in reading this eBook

How To Achieve Sales Growth In Tough Markets

About the Author: Adele Crane

A leader in Implementation Consulting.
CEOs and Managing Directors have relied on Adele Crane to solve challenges with the performance of their sales and marketing since 1990. Her consulting experience in delivering results in 90-120 days is unprecedented by any other known sales and marketing consulting professional in the world. As an author of 3 acclaimed books, appearances on major media, and publications in USA, NZ and Australia, Adele’s experience brings fresh thinking and contemporary practices to business.